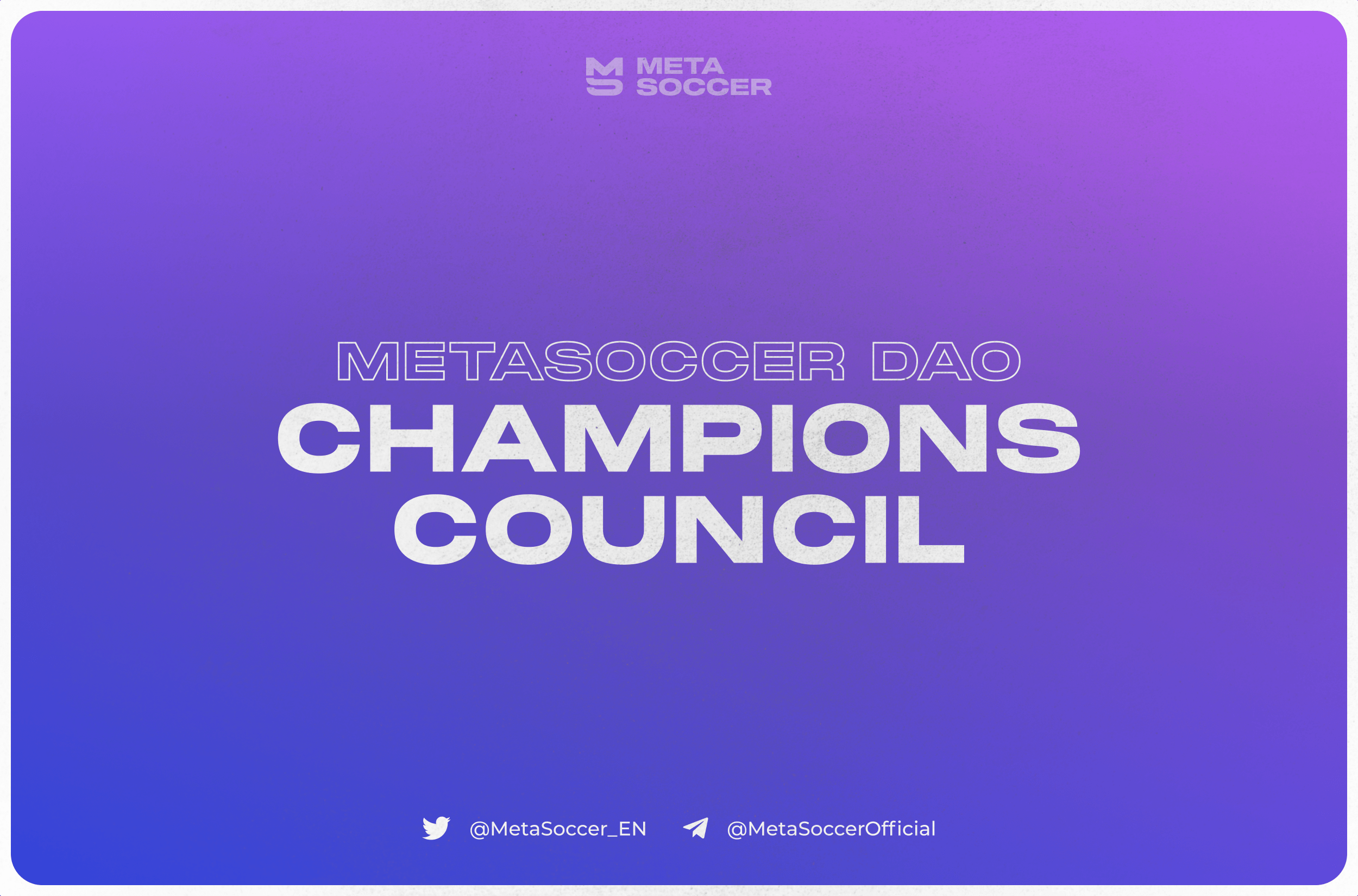 Our community is very important to us, and we always consider your feedback when adjusting or creating new features. We created the game for you, and you are the ones we need to satisfy with every decision we make.

MetaSoccer runs its own decentralized autonomous organization (DAO) in which our assets’ holders take part — the Champions Council, and you may join here if you fulfill the criteria.

The voting system of the DAO will be the following:

The first voting we will open includes the Scouting mechanism, and will be held for two weeks, beginning next week.

Over the last few months, some of you pointed out inconsistencies in the process and suggested ways to improve it — and we are aware that with the current system, sometimes the values of scouting may seem a little unfair, or the results you get afterward are not as good as you expected.

Now, the potential of the players found through scouting are directly related to the overall knowledge of the scout, which means that the best players cost more to find and only scouts with a high overall can obtain them.

As we grow we learn and improve, and our long-term goal is to make the Scouting process as flexible as possible. One example is adding dynamic prices, where the cost of a player found may be determined by its potential.

We are taking the first steps toward a better scouting experience, and we’ve laid out three options in which holders will be able to vote.

Leave it as it is. You can pick this option if you think there’s nothing wrong with the current system or if you don’t like any of the other solutions we are able to offer.

Add variability to the potential of the player, allowing a small chance of getting a higher tier player, but never a lower tier player.

Check the exact values on the table below.

The numbers listed as “Scout Overall” and “Player Potential” refer to the last digit of that value, so for example, the same logic applies whether they are 34 or 54.

This means that a scout who has an overall of 64 has a higher chance of finding a player with a 64 potential (42.7%), and the chances to find players of potential within the 60-69 range are lower. There is also the possibility that the scout may find a player that is in a superior tier if he is in the 80s and 90s range. For example, a scout who has a 88 overall in 4.3% of the cases will find a player who has a potential of 90.

Add variability and allow more probability of getting players out of the Scout tier, above and below, as you can see in this table.

In this option, the logic is the same, so say your scout’s overall is 46, there is a 32.9% chance that he’ll find you a player with 46 potential. However, if you chose this option, your scouts may also find players from one tier below, not only above. For example, a scout with 80 overall has a 4% chance of finding a player who has 79 potential.

We hope you’re as excited as we are with the upcoming voting and improved changes in the game. If you have any questions or want to discuss the subject, head over to our Discord and Telegram channels, where you can catch the latest MetaSoccer chatter.