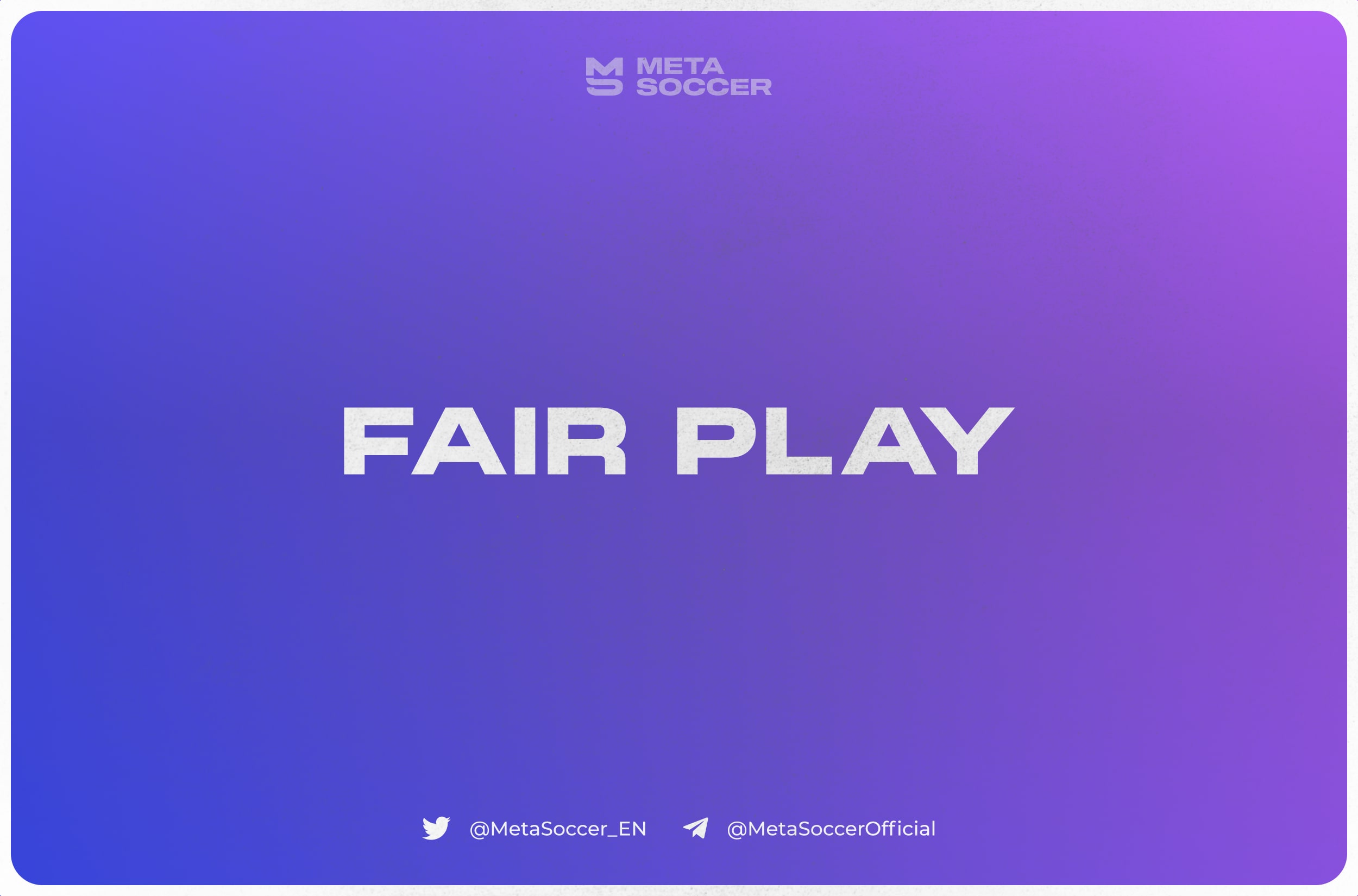 This week we started PvP qualifiers for MetaSoccer’s World Cup.

Your teams have been hitting the pitch non stop and giving their best, but we want to remind you of some rules that we will apply to make sure fair play reigns supreme in the soccer metaverse.

Participants will be able to act freely, since we trust that our community will always give their best. However, we are tracking teams’ behaviour to assure that access to World Cup is done rightly. As you may be aware, if you qualify on the first edition of the tournament, you’re allowed to play in the following editions — you can still gain rewards, and it’s a great chance for you to train tactics and different lineups.

However, you shouldn’t use the same 11 players in different teams, wether they are yours or they are sold in the market and used in another club. If this happens, we can disqualify the second team that qualifies with the same lineup, or even the whole club if this happen consequently.

Users are free to set up their teams as they please, and we understand that some players may be chosen tho play in different teams and in all editions, but we won’t accept that the majority of the players classified to one KO tournament with one team are moved together to another team to try to qualify as many teams as possible with the same core of the team.

We will give the users the freedom to act without avoiding anything on the tech side, but we will track as well the behaviour like we do in the PVE (where many wallets have not received rewards after reviewing the behaviour) and act in consequence. To be more specific, we allow on tech side that a player who qualified with one team to the KO tournament can play again with another team and qualify again for the KO tournament (to not close the market, allow users wanting to improve their teams, etc), but we will check if this open rule is used to exploit the game.

MetaSoccer will also pay attention to the performance of teams that present unsportsmanlike behaviour, like:

Each case of unacceptable behaviour will be analyzed separately, and we can take measures like disqualification or not attributing rewards.

If a team happens to be disqualified, the team that follows in the ranking will be able to participate in the playoffs in their place.

We trust that you, as part of MetaSoccer, will also keep an eye on strange performances, and we kindly ask you to report any strange practices that you may notice.

MetaSoccer is confident that no such actions will take place, as we believe that our teams are in the pitch to play fairly and always give their best.

Enjoy the tournament and the thrill of participating in this international competition, and remember that fair play is the way!