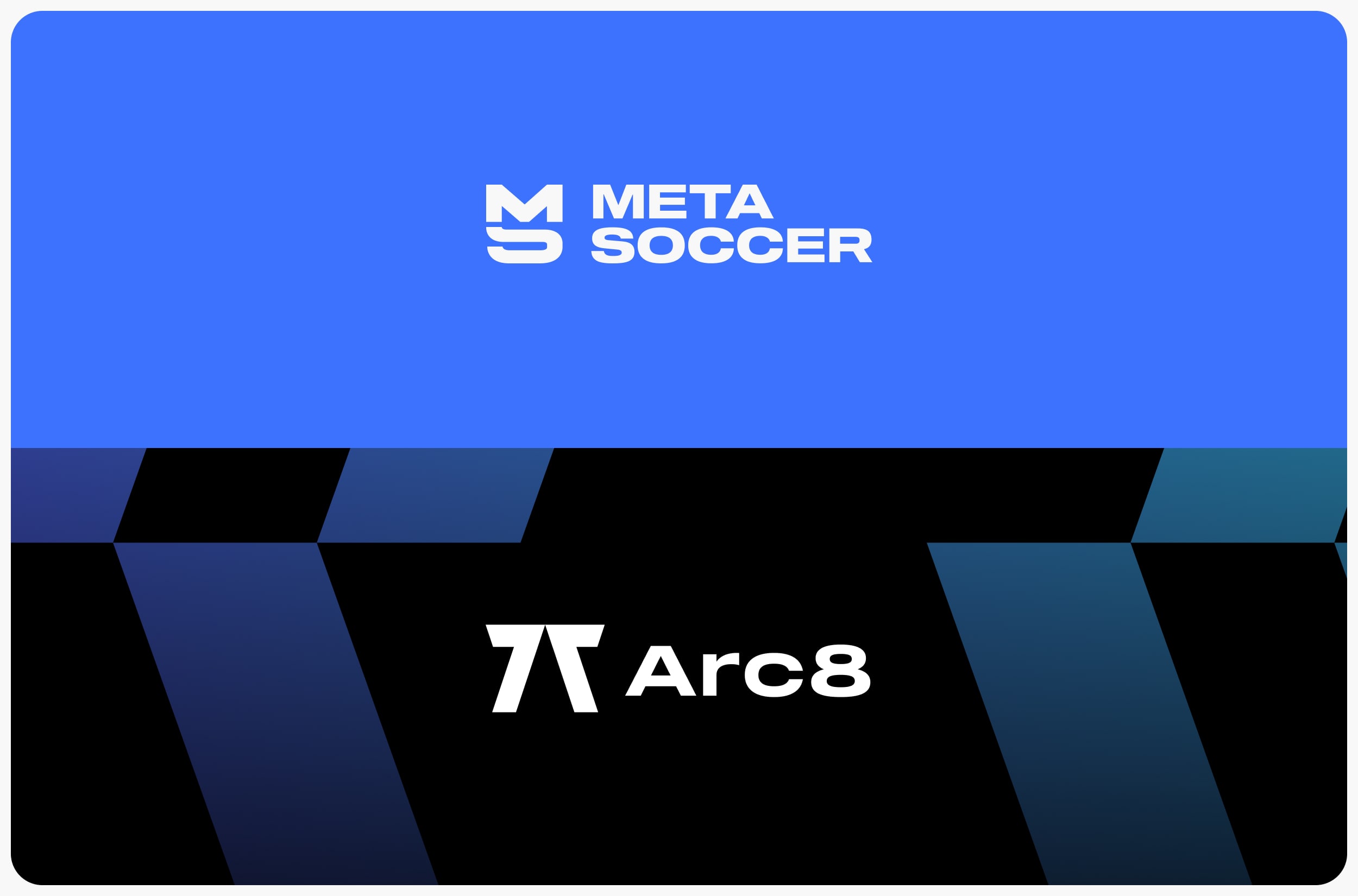 At MetaSoccer, we believe “the more, the merrier,” and that’s why we put a lot of effort into forging strong and beneficial relationships with other valuable projects in the industry.

Arc8 is the newest member of the extended soccer metaverse family! On this competitive gaming platform, players can compete in tournaments using GMEE tokens to earn rewards and NFTs. They offer 12 games, which you can have fun competing while earning — think of it as a modern gaming arcade, where you can be rewarded for your successes.

MetaSoccer is taking over this week’s tournament as the solo sponsor, which means that the prizes distributed in the leaderboards will be in $MSU. Furthermore, this tournament counts with the special participation of MC Striker.

As a special treat to the Arc8 community, we’re also giving MetaSoccer NFTs, so players can have a chance to try their skills in the digital pitches — tune into Arc8 Twitter to participate in the giveaway.

The partnership will not only allow the MetaSoccer brand to be showcased throughout the app but also on Arc8’s social media platforms. MetaSoccer joins in participating in AMAs on Twitter Spaces and Discord, a great way to connect both communities and to reveal more about the strong points and future goals of our projects.

Patxi Barrios, COO and co-founder of MetaSoccer, affirms, “We’re very pleased to be able to partner with Arc8. Their team is full of enthusiastic and creative people, which we value tremendously. We believe that our community will surely enjoy themselves playing in the Arc8 app, and we are confident that MetaSoccer will also gain a few more fans.”

The MetaSoccer-sponsored tournament on Arc8 is 24-28 November. Don’t miss your chance to raise your earnings! Get the Arc8 app and start preparing for a week full of victories.

MetaSoccer is the first soccer metaverse where you can manage your own club, find and train new players, play matches in your own NFT stadium and generate income while playing.

Arc8 is a competitive gaming platform, the Arcade of Blockchain, where players compete in gaming tournaments using their GMEE tokens to earn rewards in different tokens and NFTs. Arc8 is the top Dapp on Polygon, with 12+ games inside and +200,000 MAUs. These hypercasual games are offered in a competitive environment where players compete in one-to-one matches and tournaments.