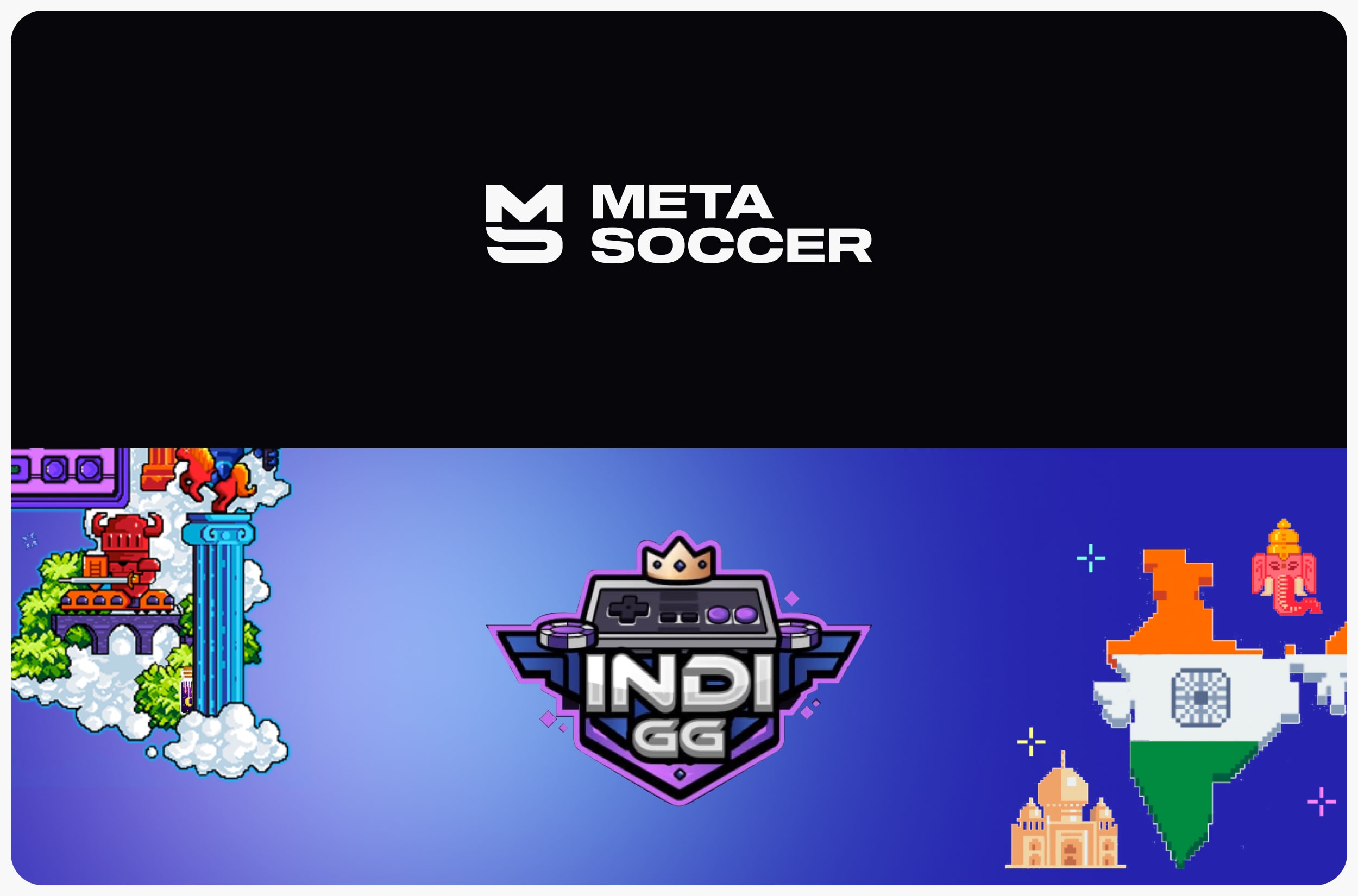 Fair play in gaming is not only about following the rules. In blockchain games, we’re actually trying to break them — by making them accessible to everyone.

At MetaSoccer, we want to ramp up our relevant contribution to the Web3 gaming industry in two major ways:

Associating with IndiGG marks a huge milestone in this inclusive and exciting path. This guild works to make the world’s best play-and-earn games accessible to the gaming community of India.

As a part of our partnership, IndiGG has acquired some of our NFTs, and they will lend teams to Indian players who can collect a portion of the rewards received by the teams they manage. IndiGG also plays a relevant role by introducing blockchain gaming into the Indian market, spreading awareness about the sector and promoting some of the most interesting and popular games in the business.

“The Indian community of gamers is huge, soccer is in the top three most popular sports in the country. We truly feel that by partnering with IndiGG, we can help them in their mission to attract more people to the wonders of Web3 gaming,” said Patxi Barrios, COO and co-founder of MetaSoccer.

True decentralization is also shown in having a product that reaches a global audience, and thanks to IndiGG, the soccer metaverse keeps spreading throughout the world!

MetaSoccer is the first soccer metaverse where you can manage your own club, find and train new players, play matches in your own NFT stadium and generate income while playing.

IndiGG is building the world’s largest Web3 gaming DAO centered in India. They're onboarding the 500M+ gamers of India to the Web3 gaming ecosystem and enabling earnings for the DAO members. IndiGG does this by partnering with the best gaming studios and developers globally and thereby increasing their probability of success by creating relevant micro-communities.