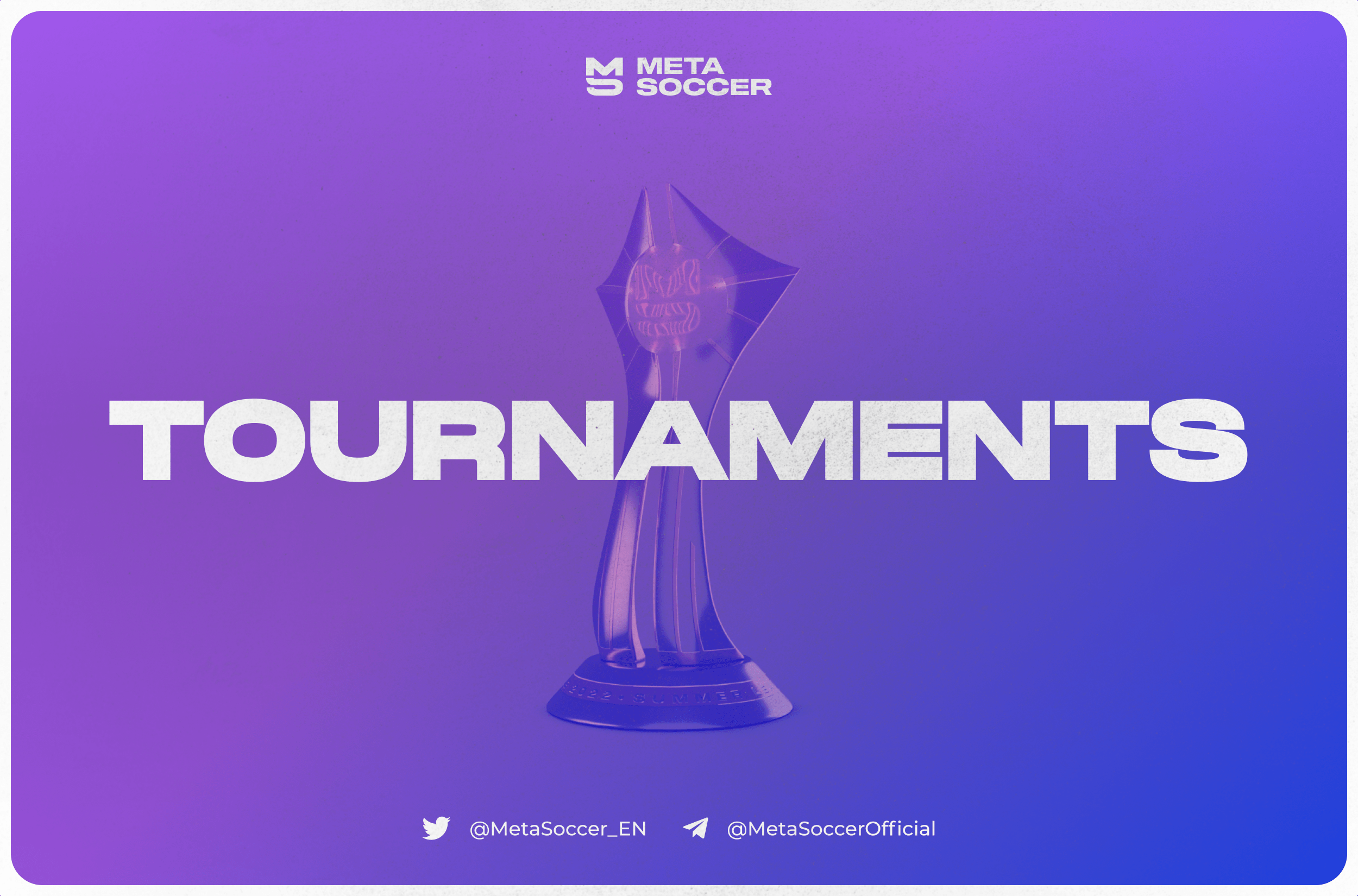 Soccer tournaments are among the top sporting events that draw the most fans worldwide. There is nothing comparable to watching your team win and be at the top of their game.

Now you can have that feeling with your own soccer metaverse team — and the excitement will come not only from the pure satisfaction of beating your competition, but you’ll receive rewards as you do.

MetaSoccer’s first tournament, Summer League, will have multiple editions. Each week corresponds to one edition, starting every Tuesday at 8am UTC (5am Brazil and Argentina, 10am CEST, 3pm Vietnam and 4pm Philipines) and ending Monday at 8am UTC. Rewards will be distributed on the following Monday after the end of that week’s edition.

Some editions will be sponsored by some of our partners, and will have special prizes — keep an eye on our social media channels for the announcement of these special editions.

All matches in the tournament are played against IA.

To participate, you must enlist a team of 11 players. You may edit your selected lineup before the start of the edition but not during the edition. After the end of one edition, you are allowed to change the players for the following week. It’s also possible for you to join an edition that has already started (for example, you may register on a Wednesday and participate from that day through Sunday).

You may register as many teams as you want.

You’ll also be asked to select the division in which you want to participate — this refers to the difficulty level of the matches you are playing.

There are five divisions in which you can play. These levels are based on the current overall of the teams:

You’ll be suggested the division that best fits your team’s average skill, but you may opt to play in a different one, either with higher or lower average skill — but just one division above or bellow your current, for example, a team that is Beginner may play in the Amateur or Semi-Pro divisions as well.

Depending on the number of registrations, there may be various groups per division. Each group has around 30 teams registered. When signing up for the tournament you’ll be randomly assigned to a group within your chosen division.

There are no minimum or maximum limit of matches you can play during each edition — it’s up to you to decide how much you want to play, and the only limit is the condition of your players.

After the end of every edition, you must register for the next one, and you are able to totally change your lineup and select another division.

The ranking will be based on the points accumulated by each team in every edition. Like in real soccer, every win gets a team 3 points, a tie is worth 1 point and defeats grant the team 0 points.

And now to the best part: the rewards!

Depending on the division you play in, you’ll receive different rewards, as they increase with the level of difficulty.

On the table below you can see the top three rewards according to the position at the end of each edition — and yes, we are giving rewards in both $MSC and $MSU.

Rewards are not only distributed to the five best teams — in fact, they go up until the 15th place, depending on the division you’re playing in. You may check a complete list of rewards according to your position in the competition in the Summer League section.

MSC rewards will be distributed in the following way:

Take a peek at what other teams are up to. We prepared a Standings menu, where you’ll be able to check each division’s current results and information regarding the participation of all teams, including matches played and points earned.

The tournament will begin soon, so start thinking about your lineup. Don’t miss this opportunity to have fun and earn more!