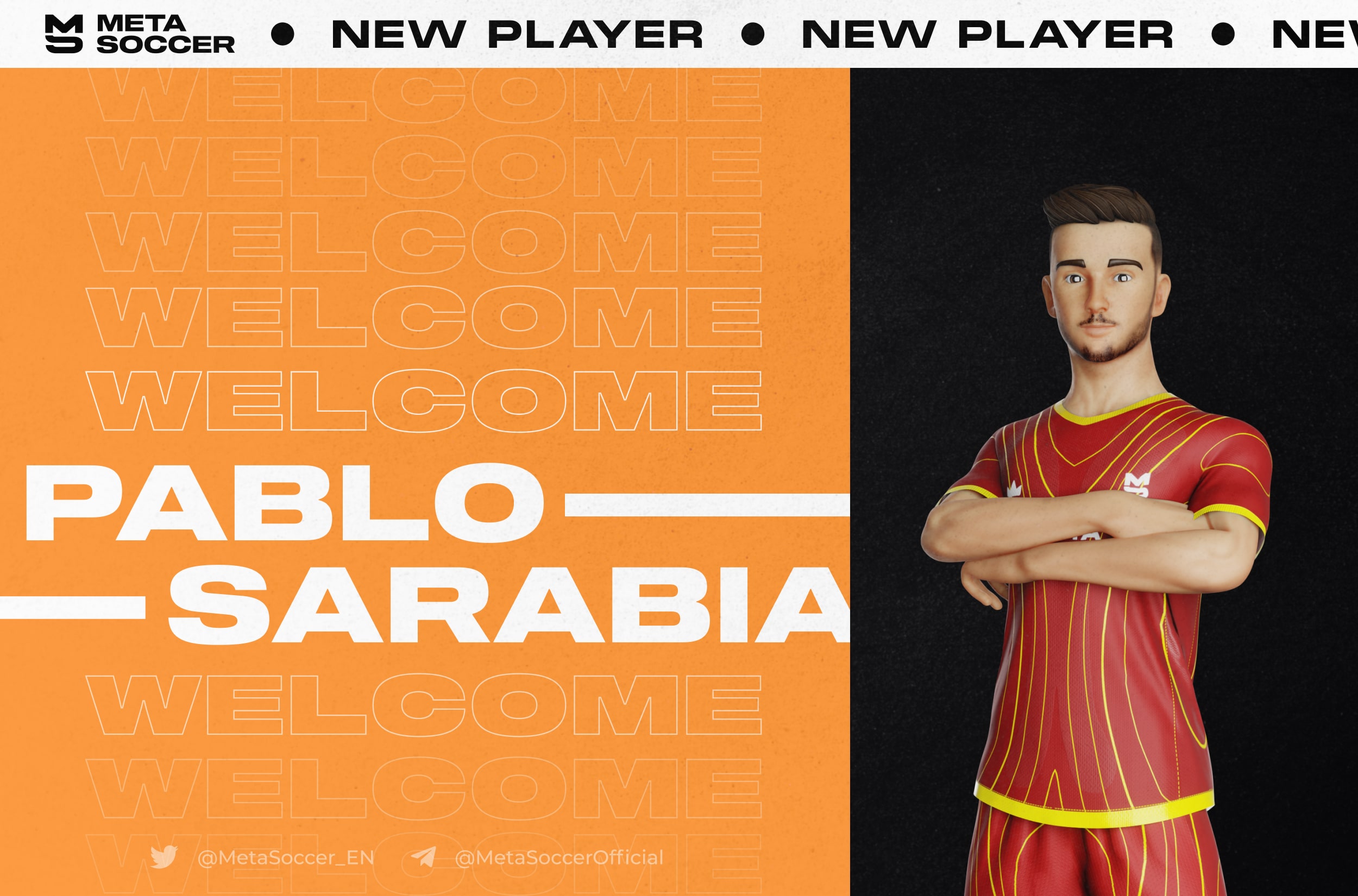 Pablo Sarabia is the most recent soccer player to join the ranks of MetaSoccer’s NFT licensed players.

After the presentation of Thomas Partey, Emiliano Martínez, Ronaldinho and Dani Carvajal, the Spanish forward is the fifth player to enter the soccer metaverse as an official NFT. This exciting new entrant can be acquired and integrated in any team.

Sarabia currently plays for the world-renowned French team Paris Saint-Germain. Throughout his career he played on some of the biggest teams in the world, including Real Madrid, Sevilla and Sporting CP, as well as for the Spain national team.

Regarding the onboarding of Sarabia into the soccer metaverse, Marc Cercós, CEO and co-founder of MetaSoccer explained, “Having real-life players in the game not only adds to the value and credibility of our project, but most importantly it’s a way to make blockchain games known to mass audiences of soccer fans, who may find in MetaSoccer a new and unique way to interact with their idols. We will continue to partner with soccer players to have their licensed NFTs, as it adds more fun and a touch of reality to the matches.”

The Spanish player is also pleased to embark on this new journey, as he has always been a fan of soccer management games, and added that “in MetaSoccer I should be a Righ Winger or Center Attacking Midfielder, and passing and shooting as my best attributes.”

As other soccer stars that preceded him, Sarabia will have his image depicted in the game, within the Icons series. This special collection includes a limited number of NFTs of licensed players in different stages of their careers. The characters of all licensed players portray real characteristics of them, and are certainly a valuable asset for any team they join.

Details about the Icons series sales will be shared soon. Don’t miss the incredible opportunity to add a unique and talented player to your team.