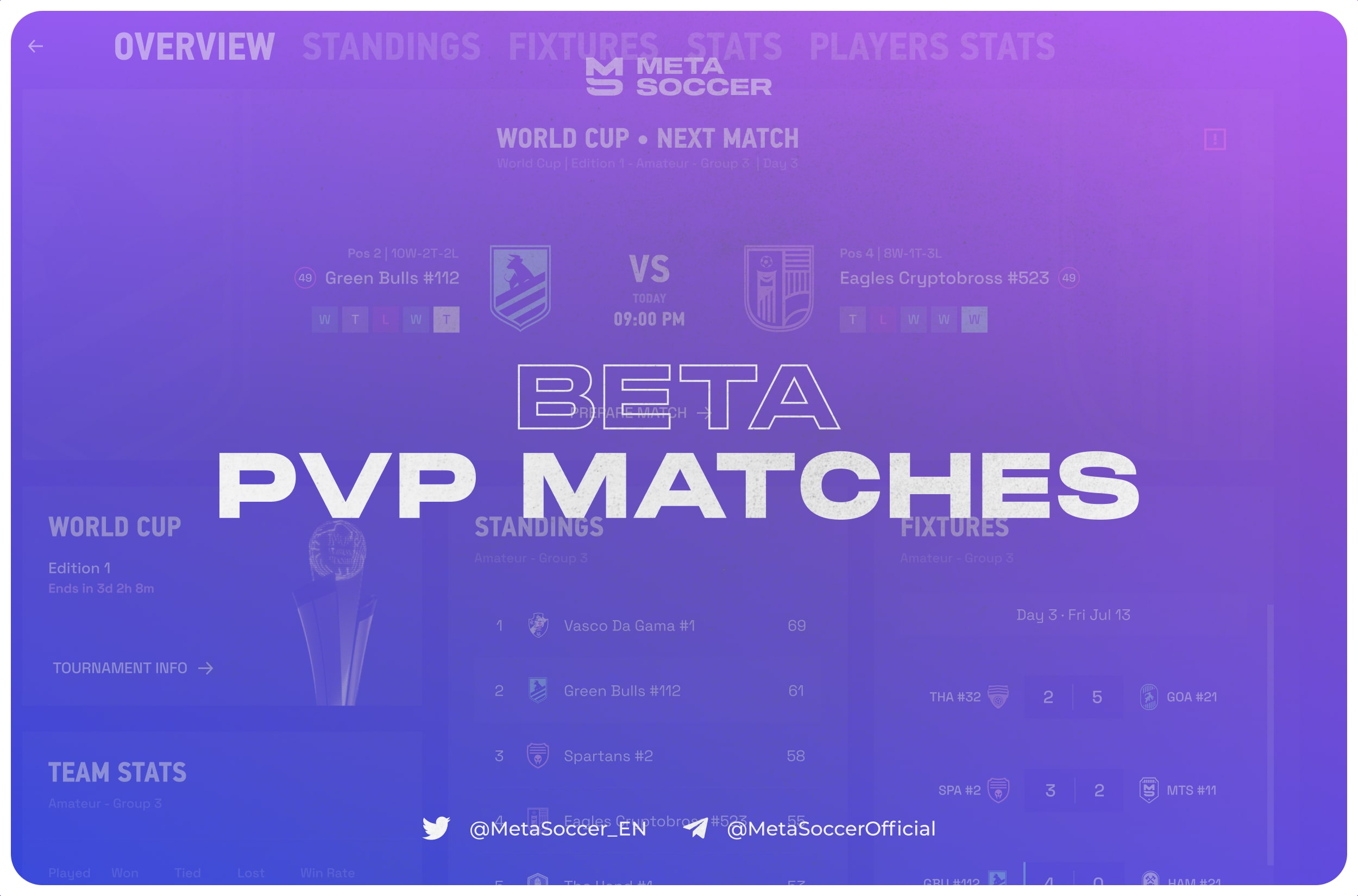 A great part of the thrill of soccer comes with competing against other teams.

IA simulations are great to test the grounds and get acquainted with the game, but we know what you came here to do — play against other players and prove your team is the best.

The time has finally come, and we are more than happy to let you know that we are releasing a beta version of PvP matches.

The goal of these initial PvP matches is to allow you to test your lineup against other teams’ real lineups. You may search teams by their name, and you’ll be able to see the overall of the team you selected.

Before the start of the match, you can select your lineup and define the strategy, just like in PvE matches. Just go to the Squad tab and make the necessary selections.

Your team will play against the currently selected lineup of the team you chose. You won’t be able to see what is the strategy of the other team, like mentality or passing style. In future iterations, however, you’ll be able to check the opposing team stats and detailed lineup, and with that info you can deduce which tactics they are choosing.

You can see the major match developments, as well as the other team’s lineup.

After the end of the match, you’ll have acces to the end-of-match stats, where you can check in detail your teams’ overall performance.

Note that even if you have a team registered in the weekly tournament, you can use the same players for PvP. These matches won’t give rewards and players won’t lose condition — they are a way for you to test different strategies against various teams in all divisions and see which is the best to beat other managers.

You may play as many matches as you want daily, and as you do so, you’ll help us gather data to validate the algorithm of PvP matches.

We count on you to help us improve the game and bring us to a new level on PvP shortly!