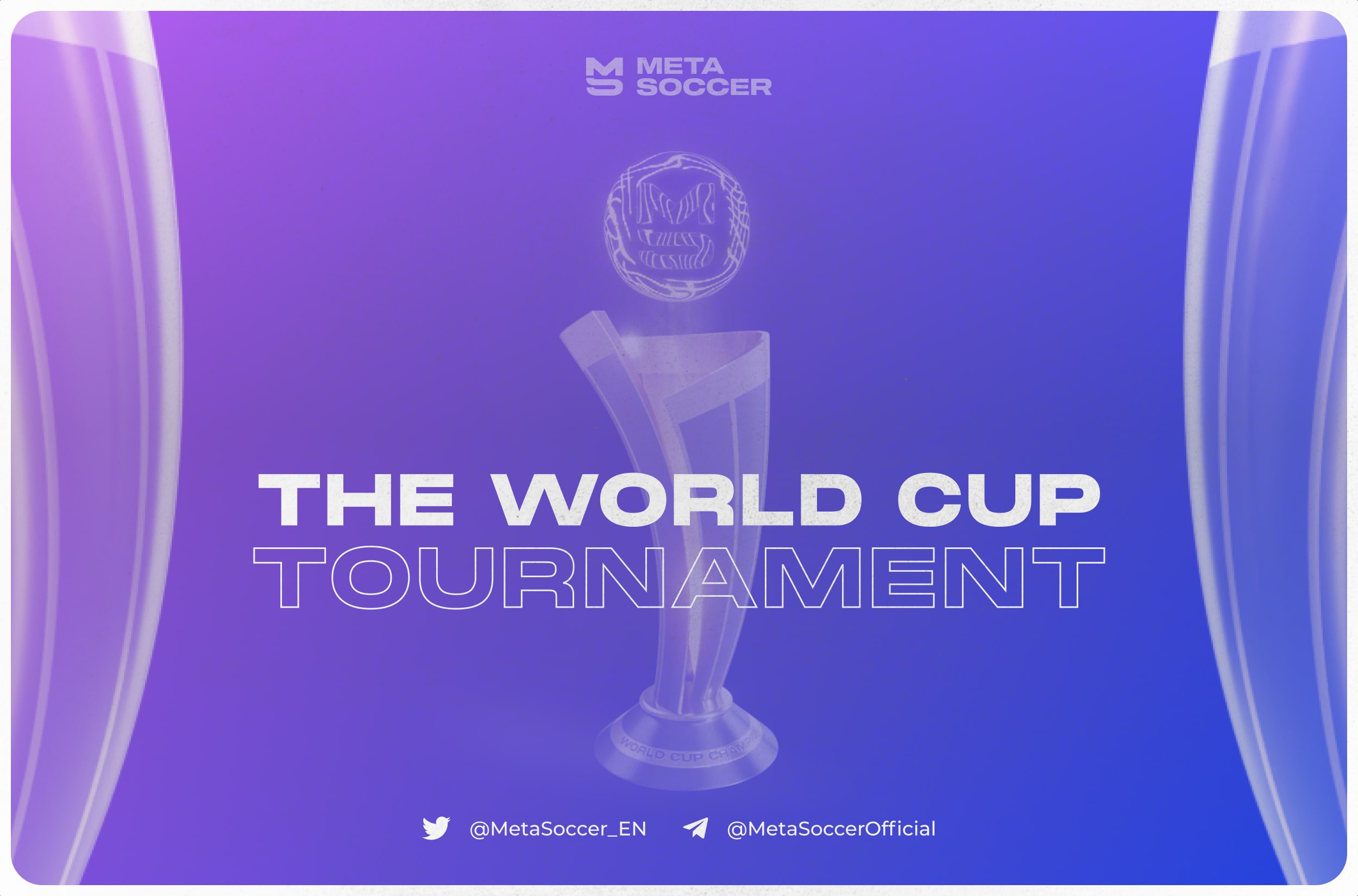 The Qatar World Cup 2022 starts soon, and what better way to celebrate this unique soccer competition than to hold one of our own?

MetaSoccer will launch its first PvP competition on 21 November, where you play against other teams in real-time and get the opportunity to participate in the first World Cup of the metaverse.

This is the real deal and the moment we’ve all been waiting for. You’ll face another team, led by another manager, so you must be on top of your game.

No, they will not. Friendly PvP matches was the first test phase we did to collect data, and we now have data from around 10,000 matches. We are debuting the official PvP tournaments.

How can I register for the World Cup tournament qualifiers?

A Registry button is available on the homepage of the MetaSoccer app. Any team may register, and there's no limit to the number of players. The overall of your team is based on the 11 best players.

When will it start?

MetaSoccer’s World Cup qualifiers will have three editions, each with a seven-day duration. After you register for the tournament, your team is enrolled in all editions.

The dates of the editions are the following:

Does my team have to participate in all three editions?

How will the teams be divided?

Just as in current PvE tournaments, we will have a competition for each division: Amateur, Beginner, Semi-pro, Pro and Legend. Each division will comprise 14 teams that will play against each other.

Will my team play every day?

Yes, each team must play two daily matches — except on Mondays, when you’ll only have to compete once — and are previously scheduled. You’ll be able to check ahead on the teams you’re playing against and the time of the match, so you can plan the best lineup and tactics. The match will run automatically.

If your lineup is not complete, or some of the players selected have conditions levels that prevent them to participate at the time of the match, you’ll lose 3-0.

Can I change my lineup and tactics for each match?

Yes! You may change your lineup and tactics before the start of each match during the edition. If you buy or mint new players during an edition, you can’t add them to the current lineup, only in the next edition.

What is MetaSoccer’s World Cup?

Just like in real-world soccer, the best teams in the qualifiers will move on to compete for the cup, where they will play against each other in an effort to be crowned the first champion of MetaSoccer and win a huge prize!

How can my team qualify for the World Cup?

Your team must be in the top two of its grouping during one of the tournament editions. After you qualify, you can opt to not participate in the following editions, if any, or you may continue to play to win rewards and practice different tactics. If you qualify twice in different editions, we will give the spot to the next best team in the group.

What are the rewards?

There will be rewards in $MSU for the top 14 teams in most divisions, distributed according to the position they occupy. Below you can see the rewards for the top three in each edition, and you can check the complete table on the MetaSoccer app.

Teams that qualify will get a chance to compete for huge final prizes in the World Cup tournament, up to 90k $MSU!

These rewards only apply for the three editions of qualifiers for the World Cup, after which they’ll be updated, as we continue with regular PvP tournaments.

MetaSoccer’s World Cup starts on 12 December. We’ll give more details about the format of the competition closer to the date.

This is a unique chance for you to experience all the emotions of a worldwide competition in the comfort of your home. Prepare the ultimate team, train your players and get ready to hit the pitch!