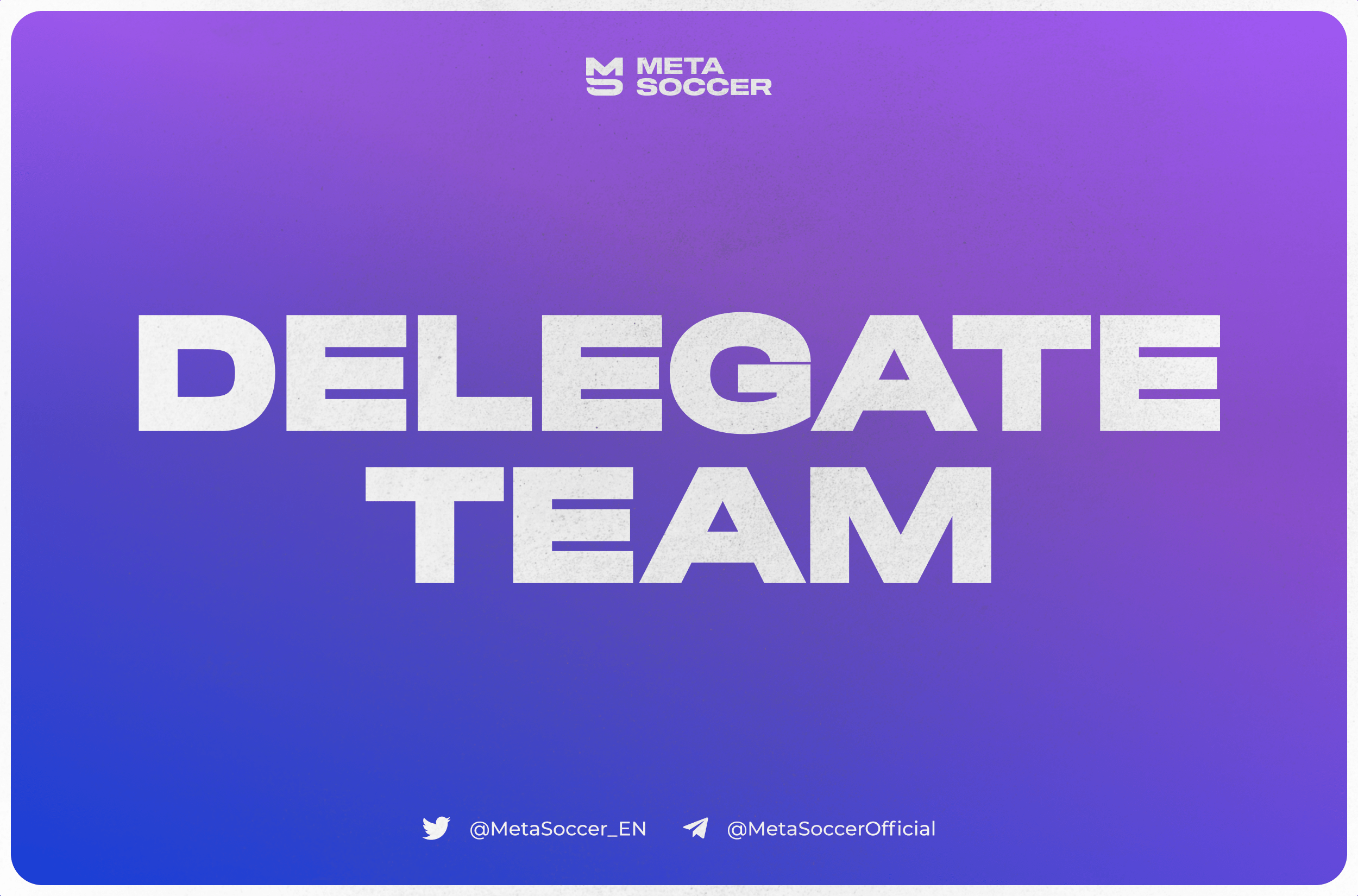 Earning Opportunities of Delegating Your Teams

With the release of the Team Management feature, which allows the creation of multiple teams within a club, it is now possible for MetaSoccer to launch the delegation feature.

Delegating a team is similar to the creation of scholarships, which are common within the play-and-earn world, as they allow participants with multiple teams and guilds to delegate some of their NFTs for other people to play. This way, they ensure all their assets are being used to their fullest potential. It also allows people entrance into the metaverse who may not have the means to invest in a club of their own.

In order to delegate a team, a player must have at least two teams created: the default team “MSU”, which is not possible to delegate, and another one.

Making a delegation is super easy! You just have to go to the respective menu bar and select the team you want to delegate.

To assign a team to another player, you’ll have to know their wallet and define the percentage of rewards that will be distributed to the new manager of your team — this value is up to you and the manager.

Once a team is delegated, the new manager will have access to it, however, it won’t appear on their Club section but instead on the Squad section. The manager can change the lineup and formation and participate in as many matches as desired. The value of rewards received will correspond to the previously agreed split.

Team owners continue to have access to their teams in the Club section, so it is possible to add or remove players. Owners will also be able to see a report on their teams’ performance, including all matches played and respective results. The delegation can be canceled at any given point, and it has to be done by the owner.

The release of the scholarship feature marks the separation of owner and manager roles in MetaSoccer, closing the gap even more between the soccer metaverse and the real world.