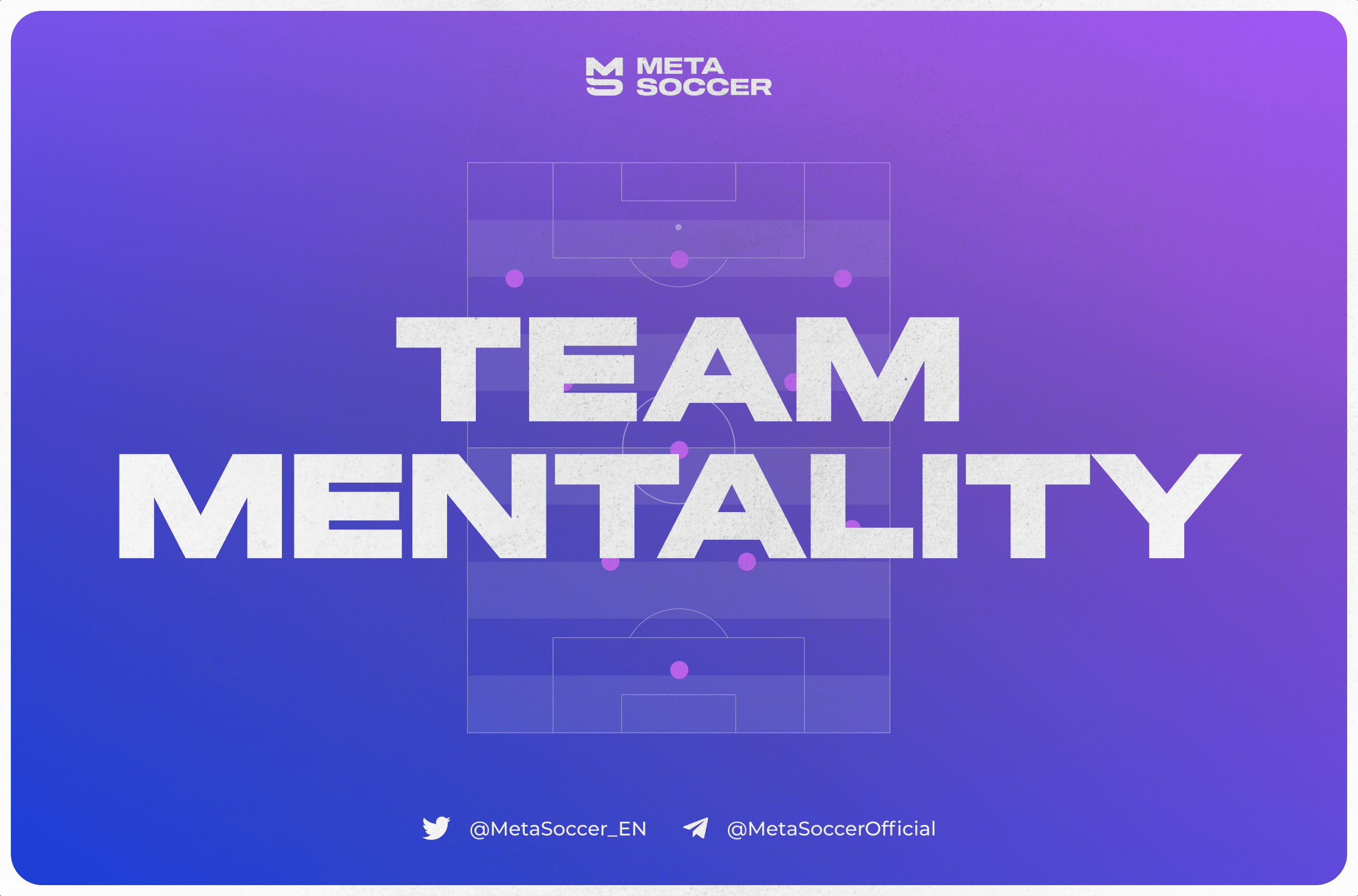 Defining a tactic is key to any soccer team — it gives players an orientation on how to play and better oppose the other team.

Multiple factors are involved in creating tactics, and the first feature that will help you start building yours is now released: Team Mentality.

In MetaSoccer, Team Mentality refers to the way your team will face opponents. It also impacts the role of the players you should select.

You can choose among five types of mentalities:

Depending on the team mentality you select, some formations might work better for your lineup. If you prefer to play in “hard defending” style, for example, it will be better to have a formation that includes more defensive players. It is also important to check your players: if you have better forwards than defenders, for example, your improvement in selecting “hard attacking” will be bigger than if you had better defenders than forwards (some combinations could be even negative for your specific lineup!)

The implementation of tactics within the game improves the performance of the teams — however, you must take into account that you’ll need to fine-tune all your selections in order for your team to have best chances to keep winning.

As the game evolves and more features are added to the Tactics section, the more variables you’ll have to take into account when preparing your team for a match — the game keeps getting more challenging but we’re sure you’ll be ready for it!

Up Your Game: Passing Style and Play Zones