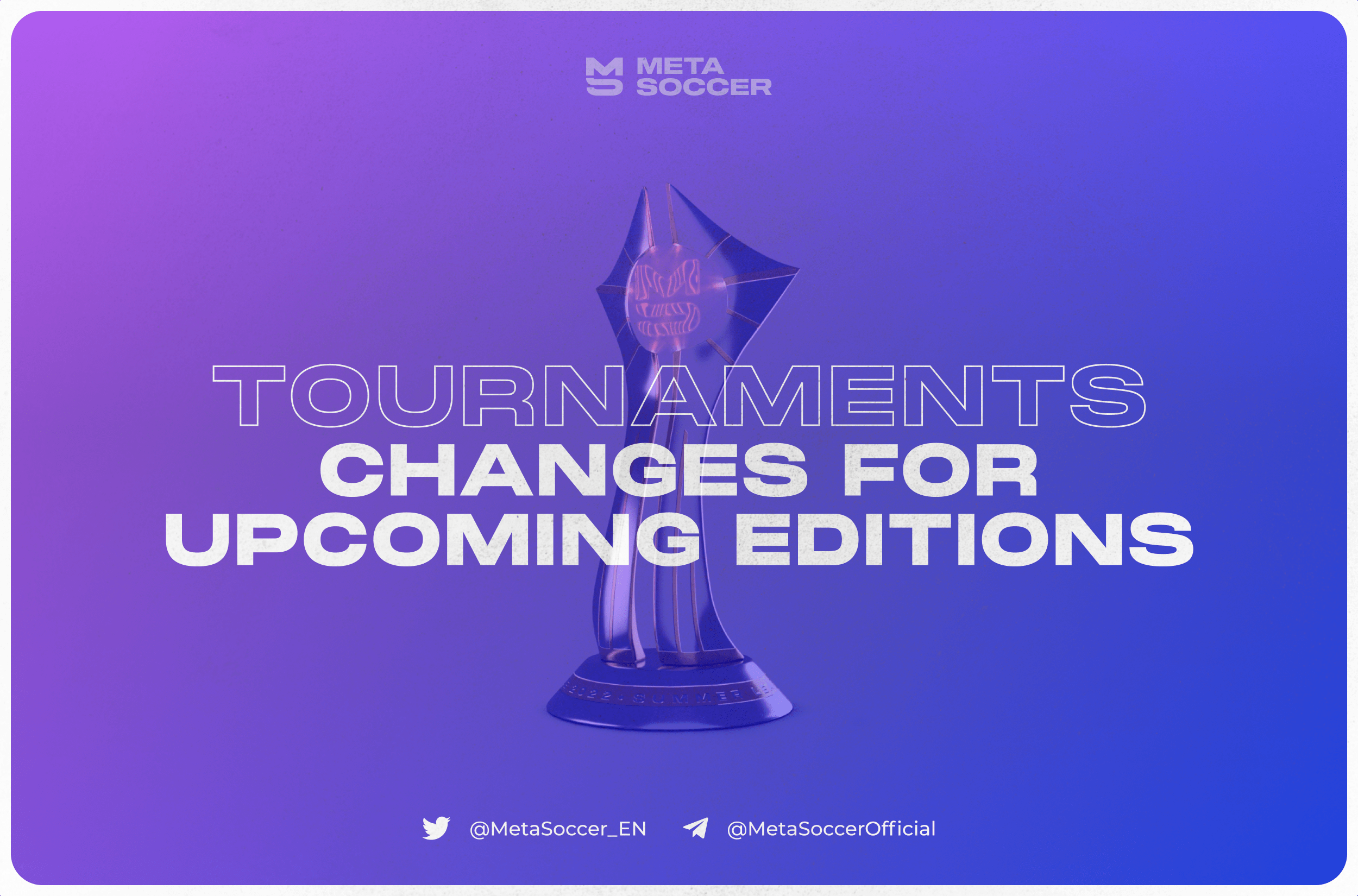 Tournaments are the latest big milestone in MetaSoccer, and being a major feature, there are many variables to take into account whn implementing it.

Though we test all feature to the minimum detail, there are always new small issues coming up — and you are experts in finding the best shortcuts and loopholes.

Given that, each week we are implementing alterations to the tournament rules, in order to maintain the competition fair for all and having in mind the feedback we receive daily, and that we much appreciate.

As most of you may be aware, last week we implemented a minimum and maximum limits of matches played per edition — since we are giving rewards up until the 20th position in all divisions, we noticed that some teams in higher divisions were earning $MSC without having to play a single game, which goes against the idea behind the game.

We will maintain the minimum limit of 10 matches to be eligible to receive rewards, in order to continue to avoid situations like described above, and to allow you to play more, as requested by many, we increased the maximum limit to 18 matches by tournament.

During the course of this week’s tournament, we have continued receiving your input and we got multiple suggestions to make to alterations: make it only possible to join the tournament the day the registrations open and eliminate the possibility to register the same player more than once.

Now, we understand the reasoning behind this suggestions, and make sure they are valued and understood, but we decided not to move forward with those, and we want to clarify why.

Regarding the deadline for joining the tournaments, we want to give the possibility to the most possible people to join them. New users who came across the soccer metaverse in the middle of the week and are eager to test all features, or even some of the first people to join our community, that may not be free to join within a 24 hour limit. The game should be played by all, in their preferred time and pace.

As for the limitation of registry of a player in one single team, after careful consideration we came to the conclusion that it would also limit opportunities, and would have more cons than pros. Some users go to the market to get players to join and improve their teams, in an attempt to perform better in tournament matches. So if a player happens to be for sale but is already registered, it would make them an asset with no use for the new team during the week, and that’s something we want to avoid at all costs — imagine you hiring Cristiano Ronaldo and not being able to put him to play during an entire season!

However, even though there is no limitation in the system, we decided to not give rewards to users that registered a player multiple times in the same edition.

We are keeping an eye on users who try to bend over the aforementioned rules, and we are contacting them individually and giving penalties to whoever doesn’t respect one of the foundations stones of soccer: fairplay.

Now on to a sweeter note: we are increasing the rewards for the three higher divisions.

You may check the updated rewards on the table below and check our whitepaper for the full rewards table.

Once again, we’d like to thank you all for your continued support and all the opinions that reach us through our multiple channels. We’ll keep doing our best to assess them all and implement the ones we see fit, to continue building the best soccer metaverse!

How to Create the Best MetaSoccer Team for Success