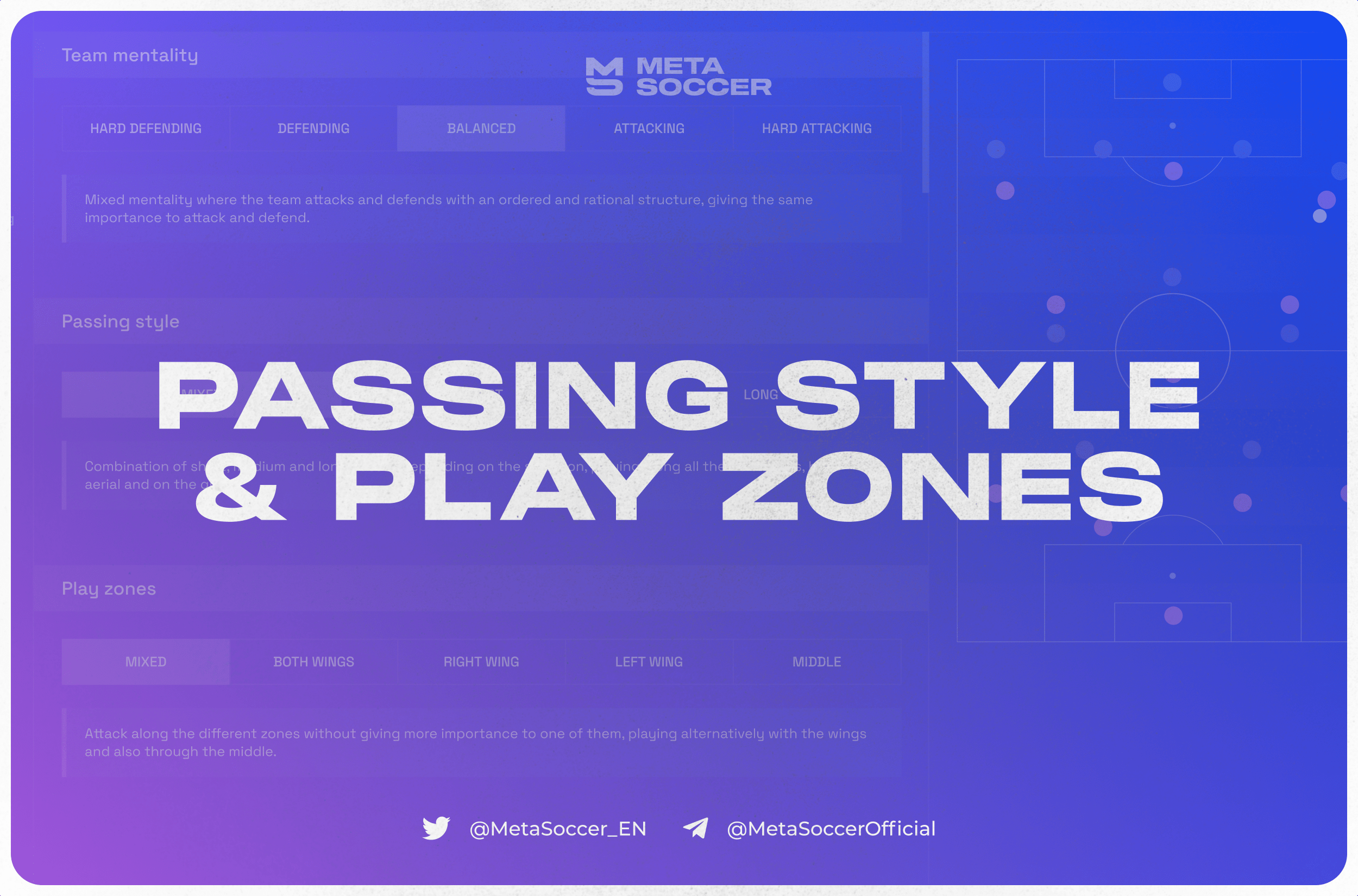 Up Your Game: Passing Style and Play Zones

After the launch of Team Mentality, it’s time to take it up a notch in your tactics with the release of two new features: Passing Style and Play Zones.

Let’s take a closer look at both.

When defining your passing style you’ll select the preferred way to pass the ball between players. This will impact the speed of movement of your players on the pitch and also the type of players that are most involved in each style. Remember, one style is not better than the other — test to see what works best for your lineup.

The three types of passing styles available are:

In real soccer, most teams base their attacks on a specific area of the field — and now you can do the same in MetaSoccer.It’s best to choose the play zone where your best players are located.

You can select from five play zones:

In this first iteration, all tactics must be selected before the match starts — they can’t be changed until it’s over. In the future, you’ll have the opportunity to make changes during matches.

You can configure combinations of Team Mentality, Passing Style and Play Zone. Remember that some of them work better together than others; the formation you select is also important.

Continually developing tactics will put your skills to the test, and we’re sure you’re up to the challenges.

MSC: What Will Be its Uses?