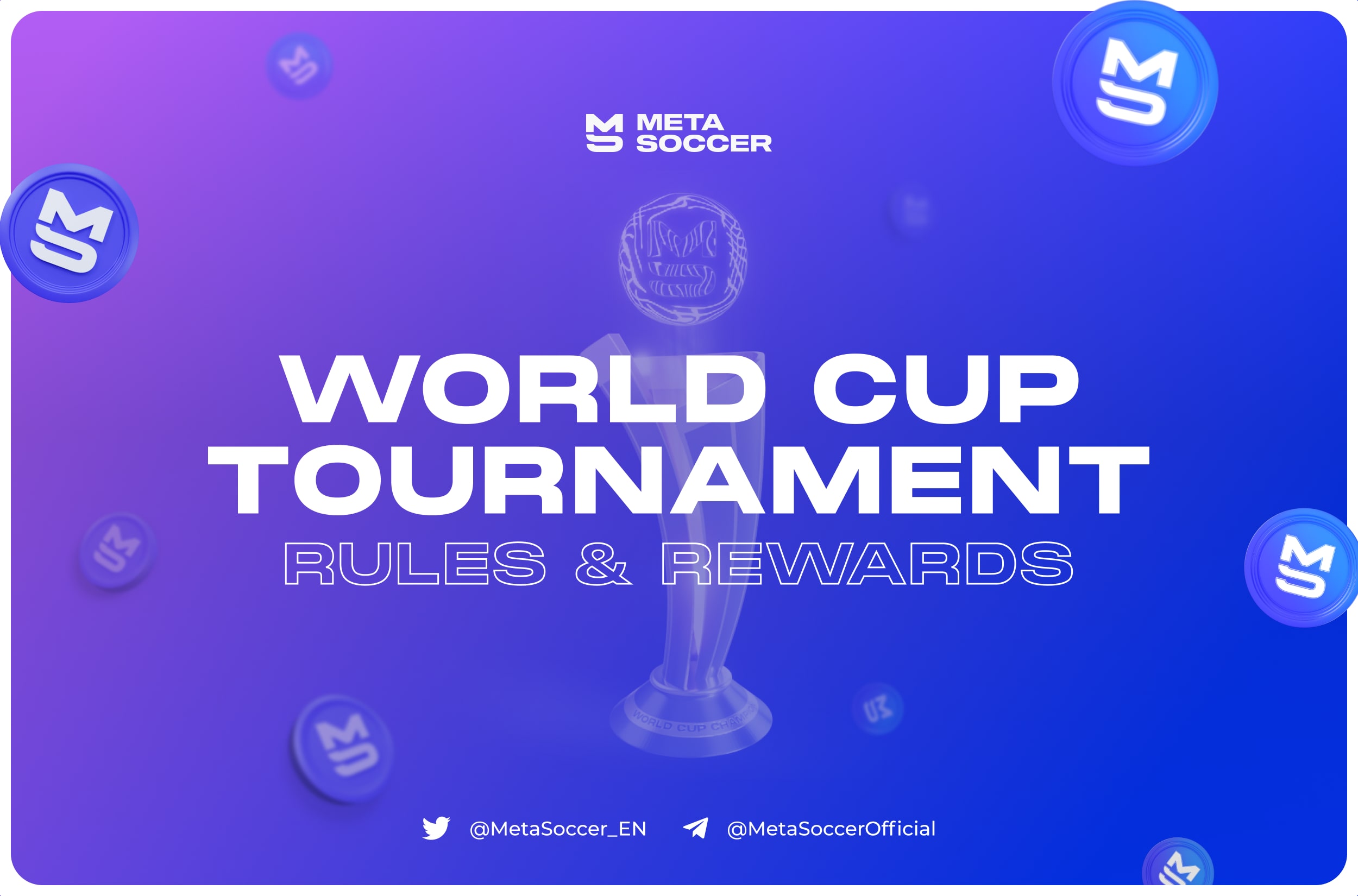 Last week we launched a PvP Tournament where you have the chance to qualify your team for MetaSoccer’s World Cup, a unique competition we’re holding to celebrate the FIFA World Cup.

The tournament officially starts on 12 December, although not all divisions will compete on that day — we’ll release a detailed calendar closer to the date. Note that during the World Cup playoffs tournament, no PvP tournaments will be held, so if your team doesn’t qualify, you’ll be able to play PvE tournaments in the Welcome League.

Now it’s time to present the detailed rules, so you can prepare.

All five divisions will have playoffs. The best two teams of each division, and each group, will directly qualify for the World Cup playoffs, in all editions. On each edition, we’ll have 2 Amateur, 2 Beginner, 2 Semi-Pro, 2 Pro, and 2 Legend teams qualified for each group, and possibly 2 more. So, for example, if 20 groups are playing Amateur in the first week of the qualifier, 40 teams will qualify for playoffs, and the same applies to all of the divisions. Teams that end up in 3rd and 4th places can also be qualified, depending on the total number of teams.

As you may be aware, the same team can play in different divisions if they change their overall between each edition. Let’s say that a team qualifies both in the Semi-Pro and Legend divisions. In that case, that team would play in the highest tier in which it got qualified, Legend.

The qualifications are for teams and not for clubs, so if you delete your qualified team, you’ll no longer be able to participate in the World Cup tournament.

The players registered will be the ones on the team when the playoffs start (12 December), and you cannot register new players after it begins.

Your players participating in the World Cup tournament don’t have to be the same players you used in the qualifiers; you can change it as you see fit. However, for MetaSoccer’s World Cup, we will increase the max overall by three in each division.

The divisions are as follows:

So, if a team with a 47 overall has a spot for the Semi-Pro playoffs, it will be able to increase the overall of the 11 best players until 52. If the team’s overall is higher than 52, that team won’t be able to compete.

Remember that the calculation is made on the overall without special ability.

The playoffs will have a KO format. We will have seven different rounds, and the winning teams will go to the next round. Ties in the matches will be resolved with penalties at the end of the match.

There will be rewards for the 1st, 2nd and 3rd position of each stage of the competition, for all the divisions. See the table below.

This is the first World Cup tournament in the soccer metaverse, so grab your chance to participate — register your team for the qualifiers now and experience all of the game’s excitement!